Started in a small warehouse by Michio Suzuki back in 1909, Suzuki aimed at making better looms for the Japanese silk industry. It was only thirty years after its existence that the company started thinking of diversifying into cars, motorcycles and related machinery. In fact, it was only after the collapse of the cotton market in 1951, that Suzuki seriously got into the motorcycle and car industry.

One of the first two-wheeled innovations by Suzuki was a motorized bicycle called the “Power Free”. This bicycle was so ingeniously designed that the government of Japan gave Suzuki a subsidy in order to continue their research in motorcycle and car innovation. As time progressed, the company started to build better and better motorcycles. And by 1962, Suzuki Motorcycles had won their first 50cc Grand Prix World Championship.

By the late 60s, the company had become known and respected in the American and European motorbike world. One of their best-selling machines during this time period was the Suzuki X-6 Hustler, which was the fastest Japanese 250cc for that time.

Suzuki Motorcycles also gained fame in the motocross world. In the 60s and 70s, motocross racing was largely dominated by European motorcycle manufacturers. Japanese motorcycles did not have much of a presence or respect in this arena, but during this time, Suzuki Motorcycles won the World Championship several times between 1971 and 1976 in the 500cc MX race. In addition to this, the company also won every 125cc world championship from 1975 to 1984.

By the late ’80s, Suzuki had gained the respect of all within the racing community at the highest levels. One of the best Suzuki Motorcycles of this era was the GSX-R750. Its design and energy was unbeatable and, at that time, it was the lightest bike around in its class.

The Suzuki GSX-R was without any doubt one of the most important and influential motorcycles of the 80s. Even now, twenty years later, you will find the GSX-R line in Suzuki Motorcycles current catalog. In fact you will find it in several sizes ranging from 600cc to 1000cc.

Since the GSX-R750, Suzuki Motorcycles has come with many other successful models and today, Suzuki is a well-known name in the Motorcycling world . The company has won over a dozen World Championships along with many other races. Their long-standing emphasis on innovation as well as their meticulous care in craftsmanship has lead the company from strength to strength for more than 50 years.

For all this Suzuki is now one of the four big names in the Japanese motorcycles industry. If you are planning in buying on changing your ride, their models must be included in your list of possibilities. 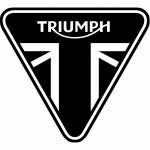